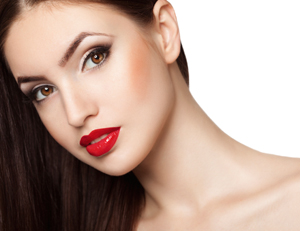 Fillers simply fill or add volume. Fillers are best used with wrinkles that are already present referred to as static wrinkles whereas wrinkles that get worse with expression or movement referred to as dynamic wrinkles need treatment that stops that process by paralyzing the facial muscles involved. Botox (FDA approved1989), Xeomin (FDA approved 2009) or Dysport (FDA approved 2011) provide the best injectable treatment for dynamic wrinkles. Therefore first there was botox, then dysport and then Xeomin. These can prevent lines from forming not true of fillers.

All three of these are used in a similar manner to relax the muscles of the face in particular around the eyes and forehead and all three are effective. All three originate from the same source bacterium, clostridium botulinum and are synthesized as botulinum toxin type A, which is the paralyzing agent or neurotoxin that is administered.

View Before and After Photos #1

View Before and After Photos #2

View Before and After Photos #3

View Before and After Photos #4

The main difference of Xeomin to botox and dysport is that Xeomin contains just one ingredient botulinum toxin A. Xeomin is a "naked injectable" meaning is a purified neurotoxin that does not have additive surface proteins just the botulinum toxin A. Xeomin is also the only one of the three that does not need to be refrigerated. Also there is less risk of an allergic reaction or rejection due to the absence of added proteins.

Other reported differences are that dysport may act slightly quicker 2 to 4 days vs Xeomin 5 to 7 days and Botox 7 to 10 days. Although some state that Xeomin works similar to Botox no difference noted in the time it takes to work. Dysport may also affect a slightly larger area, that is, it spreads a little more than Botox and Xeomin.

Botox and Dysport are considered heavier because of the added proteins. These proteins are for protection and are clustered around the botulinum to enable them to last slightly longer. However, these protective proteins may also shield the active part of the neurotoxin and in doing so minimize the product effectiveness.

The three choices offer the injector the opportunity to have the benefit of alternative choices. The choice as to which of the three to use is based on the assessment of the injector as to which of the three offers the best selection for the condition and facial structure and needs and history of the patient to be treated. The most commonly used at this office are Botox and Xeomin. The spread factor of Dysport can be a good choice in some situations but it can also be problematic and as a result Dysport is not a first choice in most instances.

All the fillers, dermal and subdermal which refers to the layer of the skin where the product is placed, ultimately are able to correct the signs of aging and impressively without surgical intervention. Although the effects are temporary and require repeat treatments the miracle and marvelous option of correcting the signs of aging without having to undergo general anesthesia and surgery is for many a welcomed option.